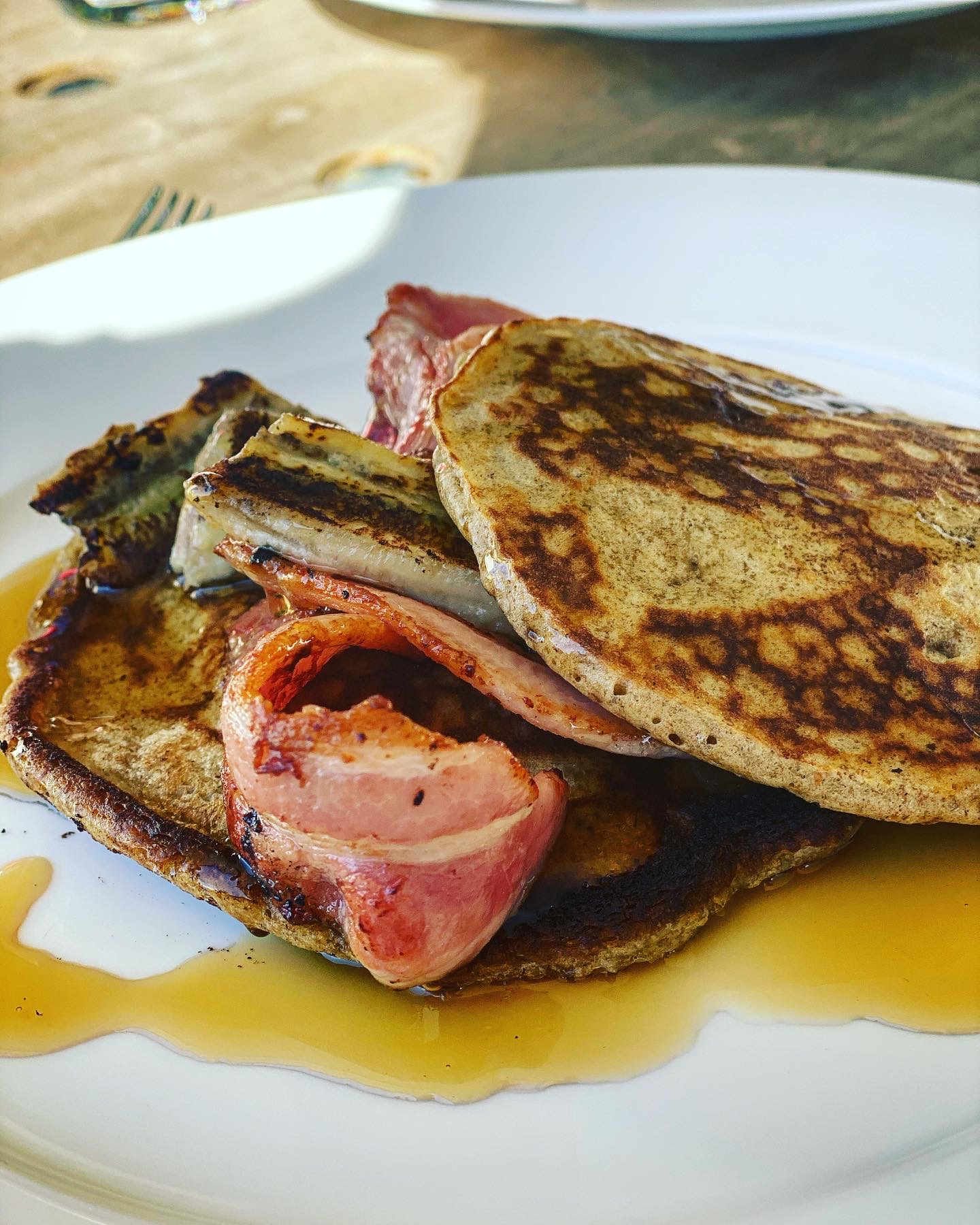 Since opening, one thing we’ve sold a lot of is flour. Seriously, shedloads. Everyone, it seems, is baking sourdough. But anyone who’s embarked on this noble enterprise will know that you end up throwing out a lot of perfectly good starter “discard”.

One such customer decided enough was enough, and instead decided to pull together some pancakes from the discard. She posted some images of her results, and then kindly agreed to write up her recipe. So here it is, Edie’s Sourdough Starter Discard Pancakes…

When making a sourdough starter there is a lot of leftover discard, and for someone who doesn’t know what to do with it that means so much waste of flour, water and starter! The discard is actually useful for a lot of things, so why waste it? Instead, after removing some of your starter for a feeding, put it in a sealed container in the fridge. This discard then gets added to after every feeding and it keeps for around a week. Don’t worry if it’s not active in the fridge because the point of keeping sourdough discard is not as a leaven but for the amazing flavour it adds to almost anything.

This is a pancake recipe using discard that creates these delicious pancakes that aren’t too sweet. They hold their shape really well, so you get some great looking pancakes, and not only do they taste amazing on the day of baking, they’re even still nice and fluffy three days later! Just make sure they’re kept in a sealed container.

This recipe takes around an hour or so, as the batter needs to sit for a bit.

If you like pancakes with bacon and maple syrup try this! Leave around 2 pancakes worth of batter (or as much as you’d like) on the side after you’ve cooked all the other pancakes. Now, cook some streaky bacon (the fatty stuff!) and then once the bacon is cooked and there’s still some fat in the pan, cook up your last couple of pancakes as normal! It makes them even fluffier, and is great when you’re having bacon on your pancakes. Make sure the heat on the stovetop isn’t too high because you don’t want to burn them but that’s it! They are delicious!

And that’s the recipe! Super easy, super delicious and Instagram-worthy! A perfect use of your discard! There are so many recipes you can use discard for, for example, brownies, waffles, flatbreads, we’ve even made crumpets with them. The possibilities are endless!

If you do make this recipe, I hope you enjoy it just as much as my family did! 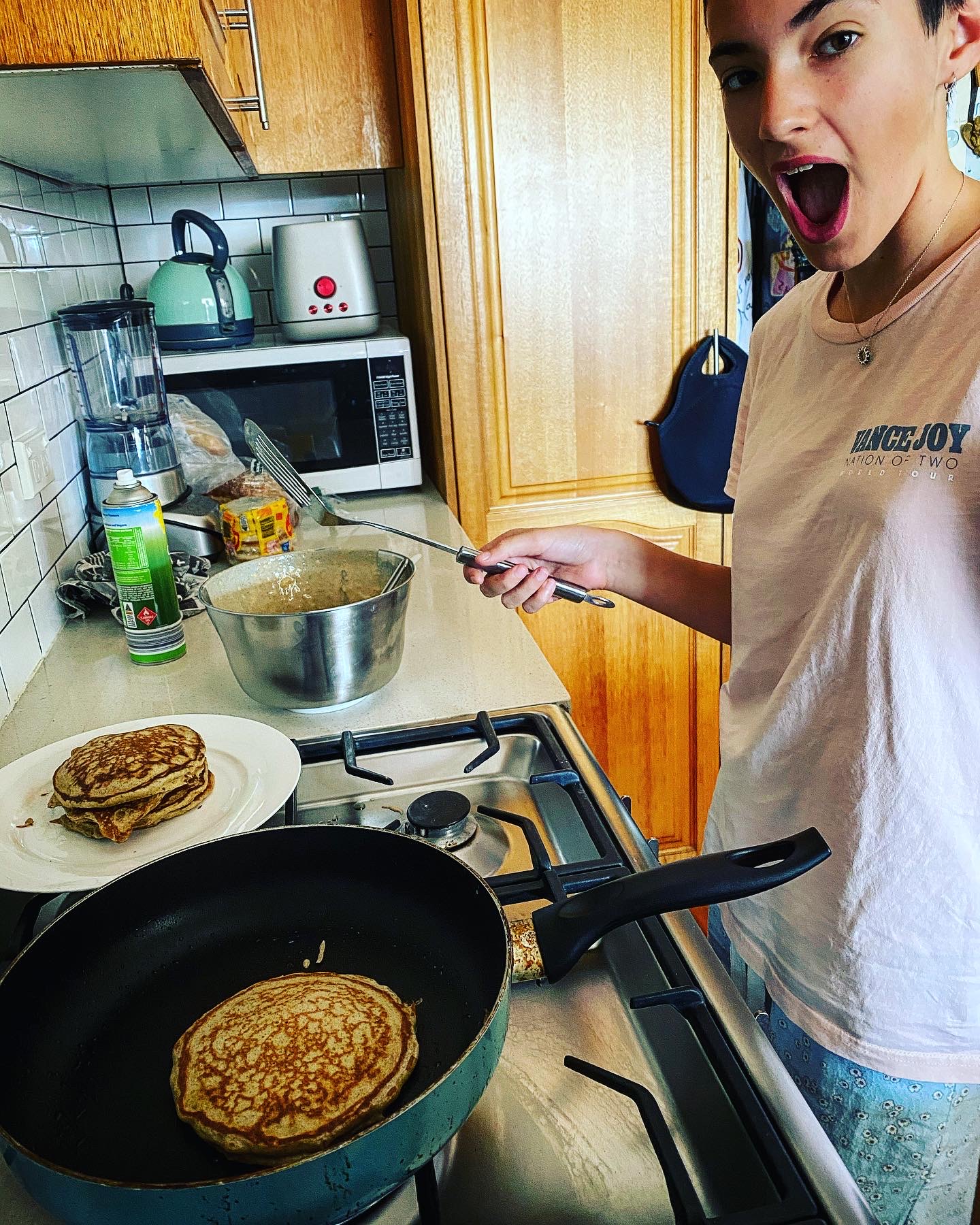