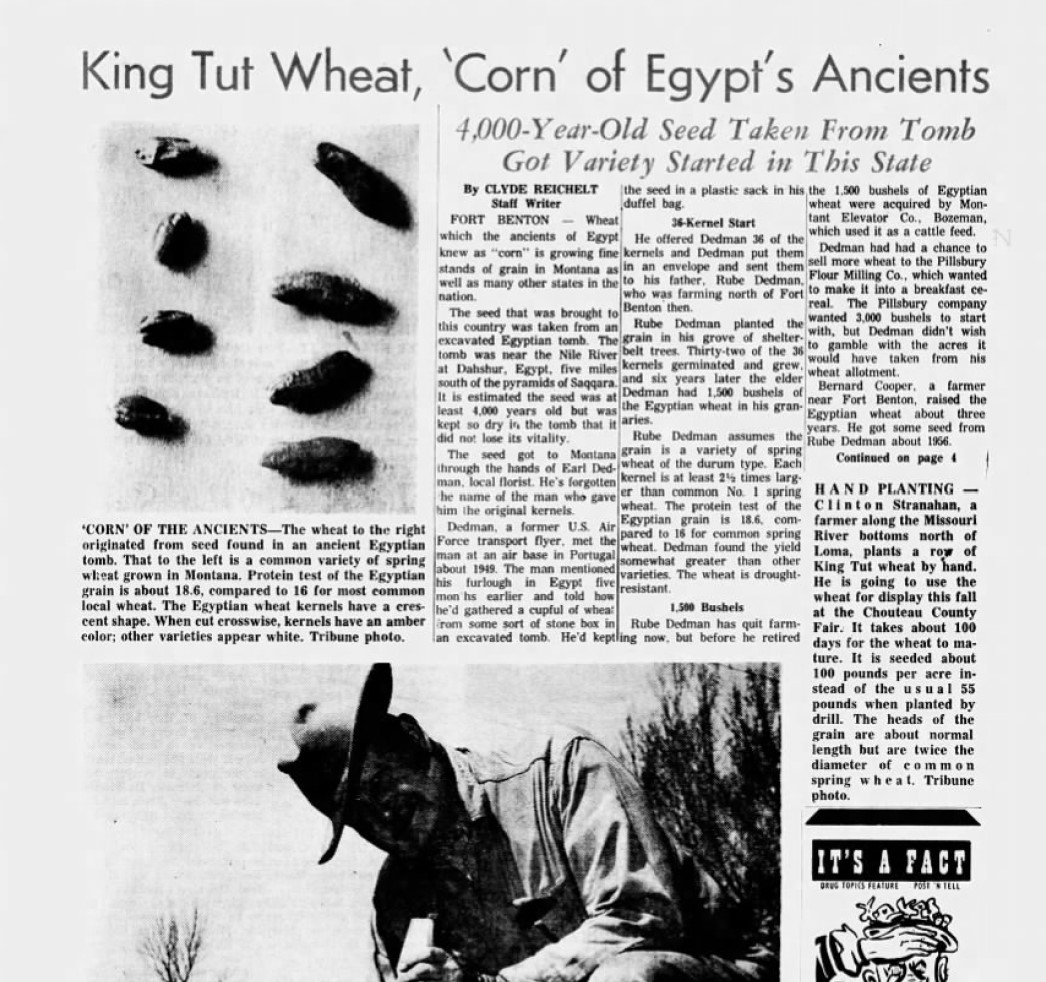 The Khorasan flour we stock is from Kialla Mills, located in the Darling Downs near Toowoomba, QLD. But what is it?

KAMUT® (an ancient Egyptian word for wheat) is actually a brand name for a khorasan wheat grain. Khorasan is an ‘ancient’ grain that is both nutritious and easily digestible. It is believed to have originated from Mesopotamia (now mostly modern day Iraq, but with parts of Iran, Syria and Turkey) before finding its way to ancient Egypt.

The story goes that a US airman by the name of Earl Dedman, stationed in Portugal post WWII, met a man in a bar who offered him just 36 seeds of a grain he said he’d taken from an Egyptian tomb. Dedman, a keen horticulturalist, sent them home to his father Rube in Montana, who cultivated them into a small crop of “King Tut’s Wheat”.

Some time later, a handful of these grains were passed to another Montana farmer, Thomas Mack Quinn. Quinn’s son, Bob, an early pioneer of organic farming methods, recognised a growing interest in the unique health properties of the grain, and decided to protect it by preserving the grain as unmodified and organically grown under the trademark of KAMUT®. While KAMUT® most definitely contains gluten, many people with a sensitivity to gluten report being able to eat KAMUT® khorasan wheat without any difficulty.

Garlic-infused oil – what could possibly go wrong?
May 10, 2020
RECENT POSTS
Go to Top

Hi everyone! During Sydney lockdown, we're offering free same-day delivery for orders over $40 within a 3km radius of the shop*. Just select "Free shipping - within 3km only" when checking out. *Mon-Fri only. Orders received before 4pm will be delivered that evening between 7-8pm. Orders after 4pm will be delivered the following weekday. Dismiss